We are pleased to announce and welcome our speaker for Friday, October 25th, Joe David Wren. Joe Wren, who has worked since 2000 with our local Fox 13 television station, is an award-winning journalist who has received the state broadcaster of the year honor three times.

In 2016 Joe suffered a massive heart attack commonly called the Widow Maker which has a mortality rate of 96 percent. For years prior to his massive heart attack, Joe had experienced repeated episodes of severe chest pain, which he either assumed was not significant or was told by doctors that everything was normal. When Joe had his heart attack in 2016, he had a 98 percent blockage requiring multiple by-passes. Joe was initially administered CPR by friends after going into cardiac arrest at a pickle ball court. His heart also stopped multiple times in the ambulance on the way to the hospital and after arrival Joe recalled hearing the doctors say, “he is not going to make it”.

Joe will be discussing what it was like for him to face death and to come face to face with the eternal question of what happens when we die. Joe’s presentation will cover his experience as well as taking questions surrounding his experience.

Joe is the author of the book “Heavenly Being”, available on Amazon.

The October 25th IANDS meeting will begin at 7PM in the Salt Lake County Commission hearing room in the north building of the County Government Center located at 2001 South State, SLC.   We meet the fourth Friday of each month except December.  Bring a friend as meetings are free of charge.

To listen to recordings of past talks and to keep up on the latest news, visit our archives at http://IANDSUtah.org 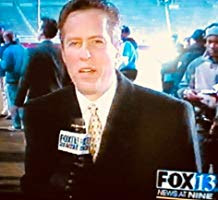 Postscript…
The international IANDS conference, which was held here in 1998, is coming back to Salt Lake City in 2020. We understand that the date, which has not been determined, will be sometime after Labor Day.

The International Association for Near-Death Studies (IANDS) is devoted exclusively to providing information about near-death and related experiences to experiencers, researchers, educators, health care providers, and the interested public. IANDS Utah has a three-fold purpose: (1) To facilitate and foster greater acceptance and understanding of near-death experiences; (2) To advance, encourage and promote research and study of near-death experiences; (3) To provide information, guidance, comfort, care and other assistance to those concerned with terminal illness, death, disability, disease and related issues.
View all posts by IANDS Utah →
This entry was posted in Uncategorized. Bookmark the permalink.